Ethereum Consolidates, What Could Trigger Strong Recovery in ETH


Ethereum restarted its decline after it failed to stay above $2,000 against the US Dollar. ETH price is holding the $1,880 support, but it must clear $2,000 for a decent increase.

After a failed attempt to settle above $2,000, ethereum extended its decline, similar to bitcoin. ETH price broke the $1,920 support and it settled well below the 100 hourly simple moving average.

Ether climbed above the 23.6% Fib retracement level of the recent decline from the $2,043 swing high to $1,881 low. It is now facing resistance near the $1,950 zone. There is also a major bearish trend line forming with resistance near $1,955 on the hourly chart of ETH/USD. 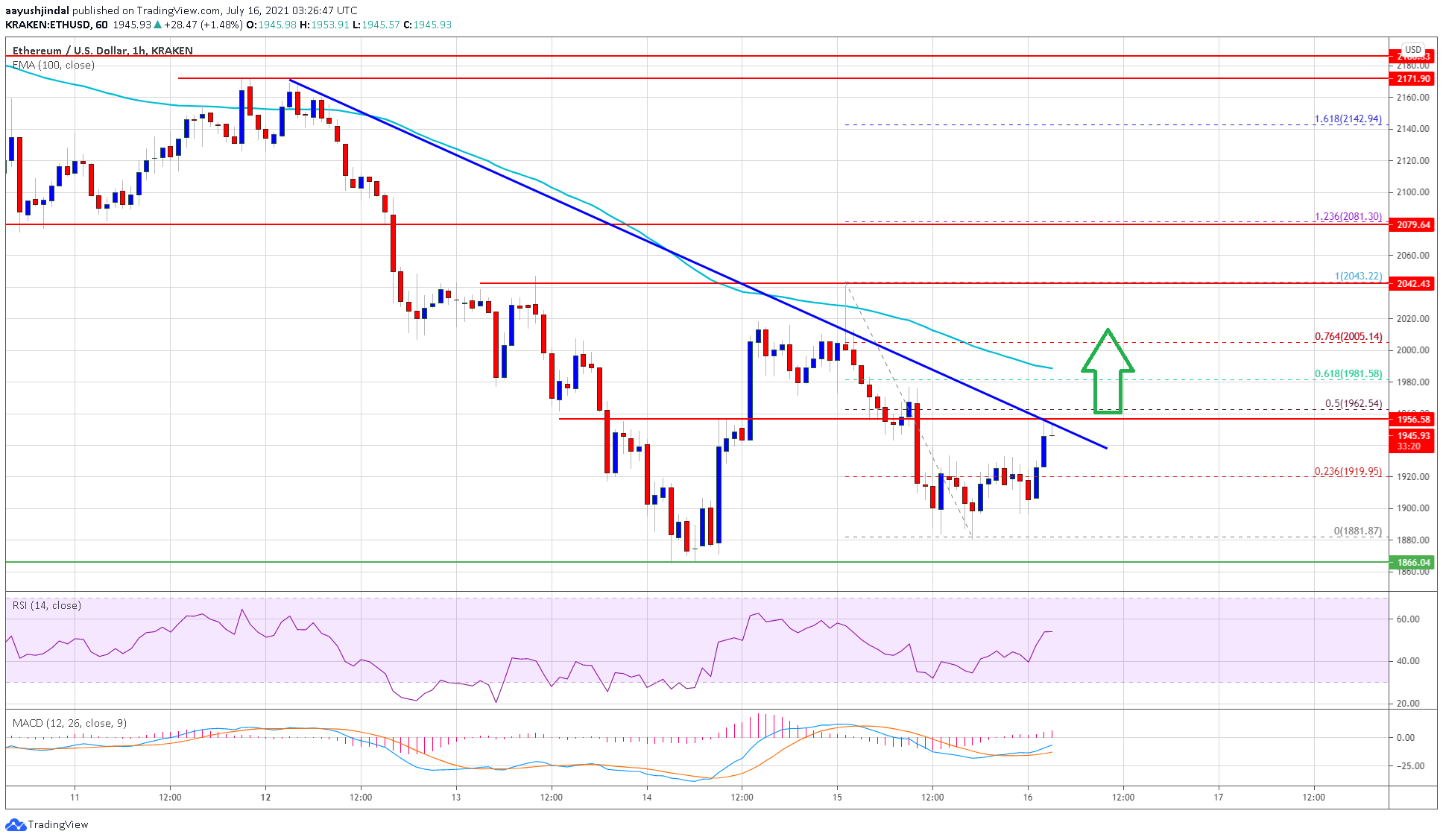 If ether breaks the trend line and then settles above $2,050, there could be a steady increase. The next major resistance is near the $2,050 level.

The first major support is near the $1,880 level. If ether fails to stay above the $1,880 support, it could decline towards the $1,865 support. Any more losses could set the pace for a drop towards the $1,750 support zone in the near term.

Hourly MACD – The MACD for ETH/USD is slowly gaining pace in the bullish zone.

Hourly RSI – The RSI for ETH/USD is now back above the 50 level.

Source: Adobe/Lunatictm Javier Biosca, a man accused of masterminding a Spanish crypto-themed fraud project believed to be worth over...

Source: A video screenshot, Youtube/Ashton and Mila As if 2021 hasn’t been strange enough already, the weird just got...

Gera Coin launched a few months ago with the ambitious objective of pioneering a new era of cryptocurrency payments...

Crypto in the UAE. TRES Was Approved by DMCC for OTC Trade License to Operate With Cryptocurrency